Hosted on Zoom, all panels and special events are FREE and accessible worldwide.

If you wish to participate and be able to ask questions within the Zoom platform, please register in advance using the links provided on our website (below). Zoom sessions allow a maximum of 500 attendees, but if you miss registration, or simply prefer watching "passively", no worries! Panels will also be streamed live on our YouTube channel. 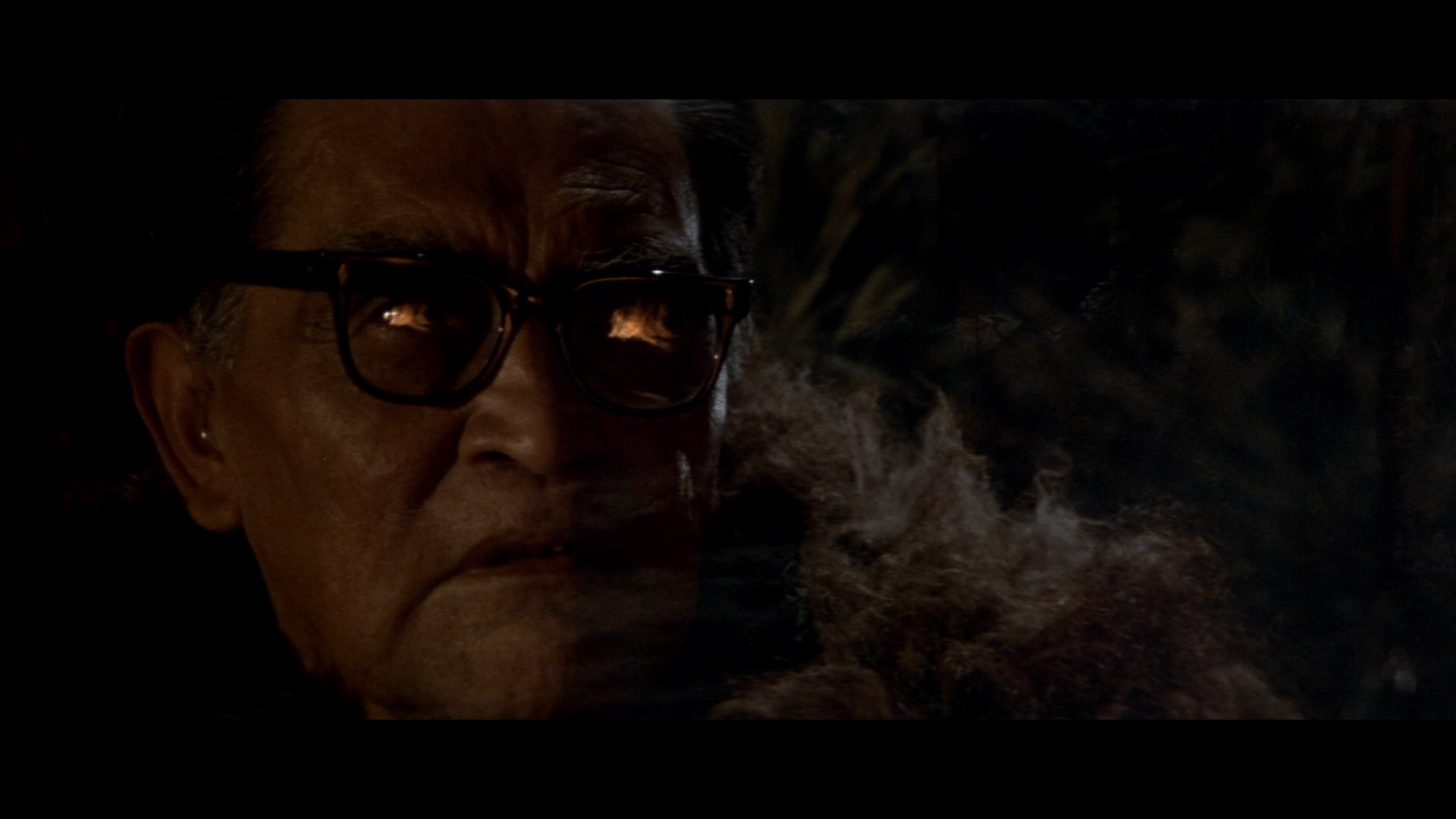 Haunting The National Consciousness: The Rise of Indigenous Horror

In this lecture, expanded from work presented at the Miskatonic Institute for Horror Studies, film scholar Dr. Kali Simmons will analyze the ways that horror has been deployed in the service of settler-colonialism as well as the ways Indigenous writers, actors, and filmmakers spoken back to these troubling stories. Works by Indigenous artists like Jeff Barnaby, Cherie Dimaline, Stephen Graham Jones, Waubgeshig Rice, Gwaii Edenshaw and Helen-Haig Brown not only challenge our notions of horror and monstrosity but ask how to live as an ethical human being in a time of catastrophic and terrifying change. Does horror have the potential to unsettle audiences in meaningful ways? Following the talk there will be a Q&A period which is open to virtual audience members. 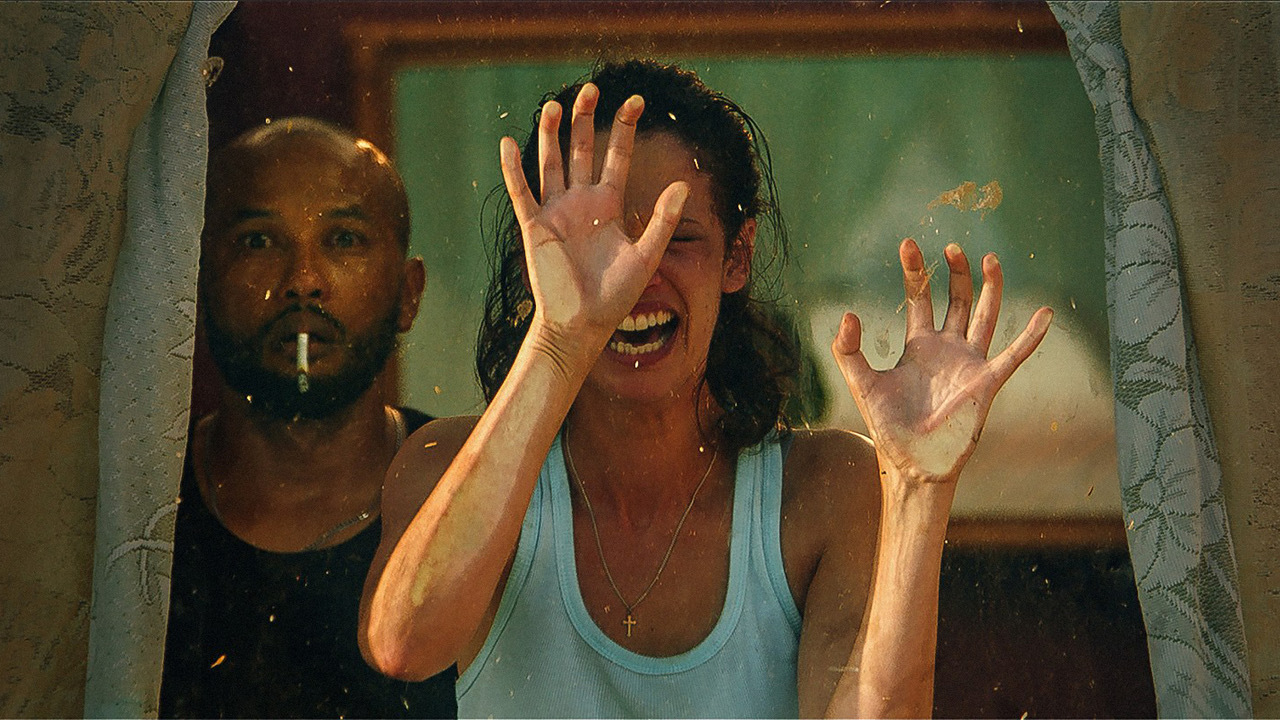 In recent years, South Africa has lit up the international cinema world with inspired and sophisticated genre film reworkings that frequently win awards and leave audiences breathless. Fantasia has proudly showcased many of these works, including the tense crime drama NUMBER 37 (winner of our Jury award for Best Director), the fierce Western FIVE FINGERS FOR MARSEILLES, the poetic horror film 8 (retitled in some territories as THE SOUL COLLECTOR) and the unclassifiable UFO that is FRIED BARRY. This year, Fantasia will be World Premiering not one but two South African works, Travis Taute’s INDEMNITY and Kelsey Egan’s GLASSHOUSE. To celebrate, the festival will be presenting a special roundtable discussion between some of the leading talents in S.A.’s new wave. Don’t miss this special opportunity to hear insights and production stories from some of the country’s most exciting artists, brought together for what’s sure to be an unforgettable time. 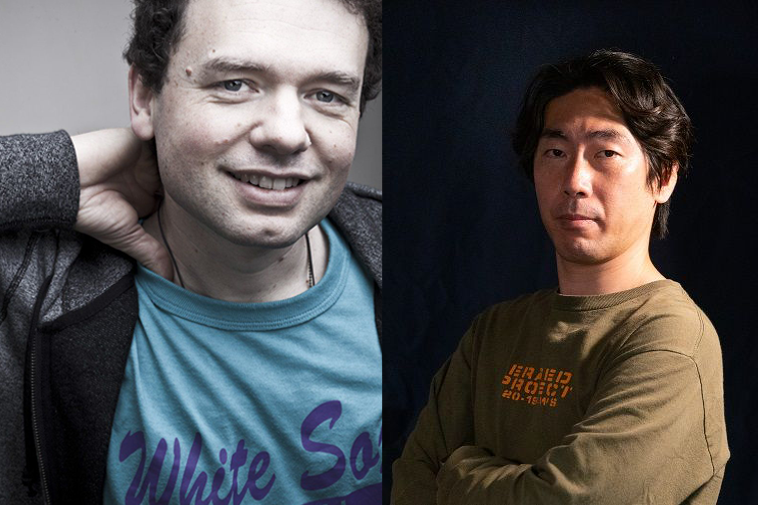 With SATOSHI KON, THE ILLUSIONIST, French documentarian Pascal-Alex Vincent demonstrates the profound effect that the late master, in whose honour Fantasia’s animation award is named, had on anime and indeed cinema worldwide. Japanese animator Takayuki Hirao, director of POMPO: THE CINÉPHILE, can attest to it firsthand, having spent his formative years working under Kon on MILLENNIUM ACTRESS and PARANOIA AGENT. Kon’s legacy is the starting point of a discussion between the two directors. In English and Japanese with verbal translation. 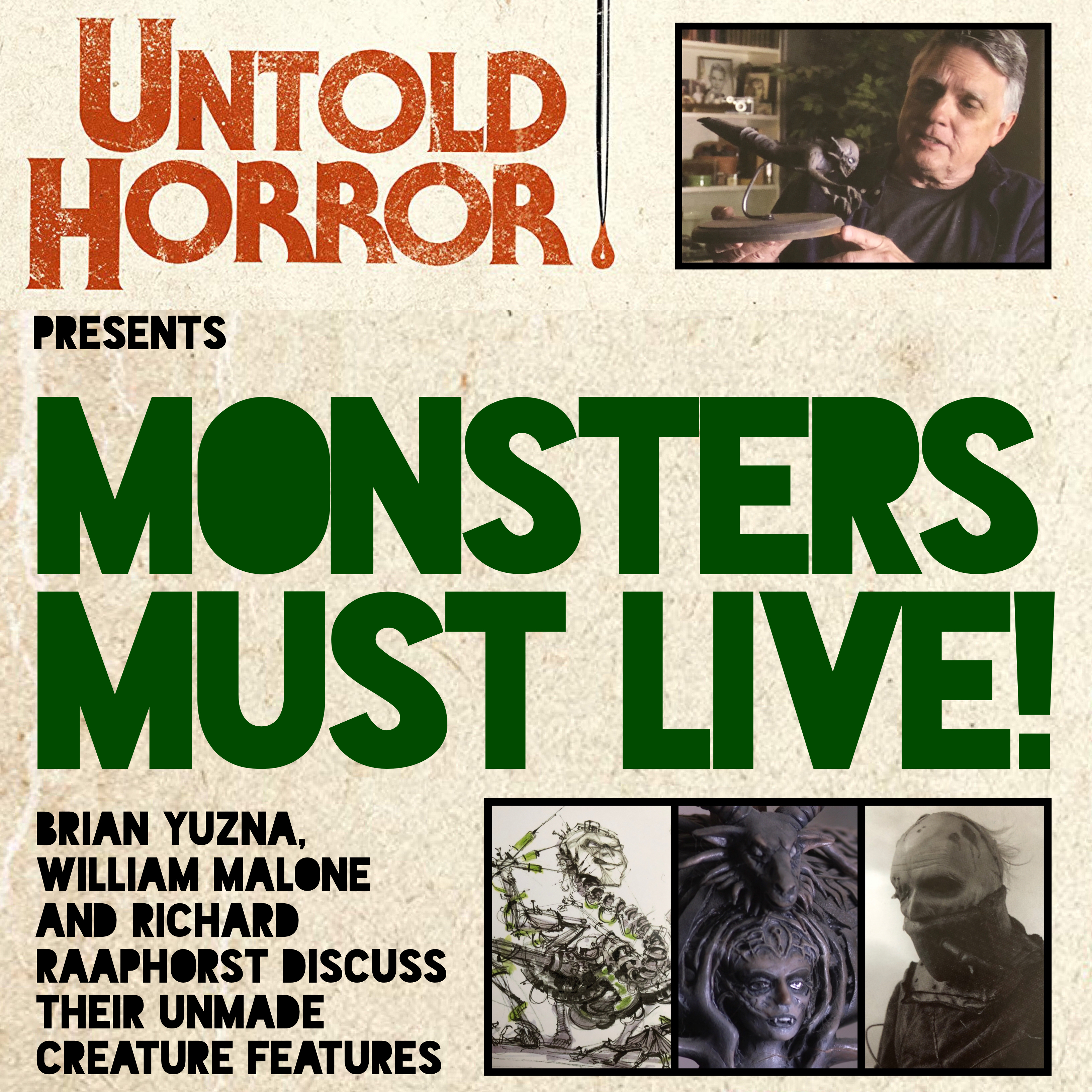 Filmmakers Brian Yuzna (RE-ANIMATOR series, SOCIETY), William Malone (HOUSE ON HAUNTED HILL, MASTERS OF HORROR) and Richard Raaphorst (FRANKENSTEIN'S ARMY) discuss their unmade monster movies and the ongoing, often maddening, occasionally hilarious quest to bring some of the coolest creature features to life. From the pages of the new Dark Horse book Untold Horror, learn about decades worth of outrageous would-be RE-ANIMATOR sequels, the fascinating process of designing demonic worlds with the late H.R. Giger, and how the death of one highly-anticipated zombie film led to the “negative footprint” of another one. Plus, see rare concept art and other artifacts from some of the greatest monster movies never made. Hosted by Untold Horror author and former Rue Morgue editor-in-chief Dave Alexander, Monsters Must Live! proves that when it comes to the film biz, some of the most incredible creations don't actually exist onscreen. 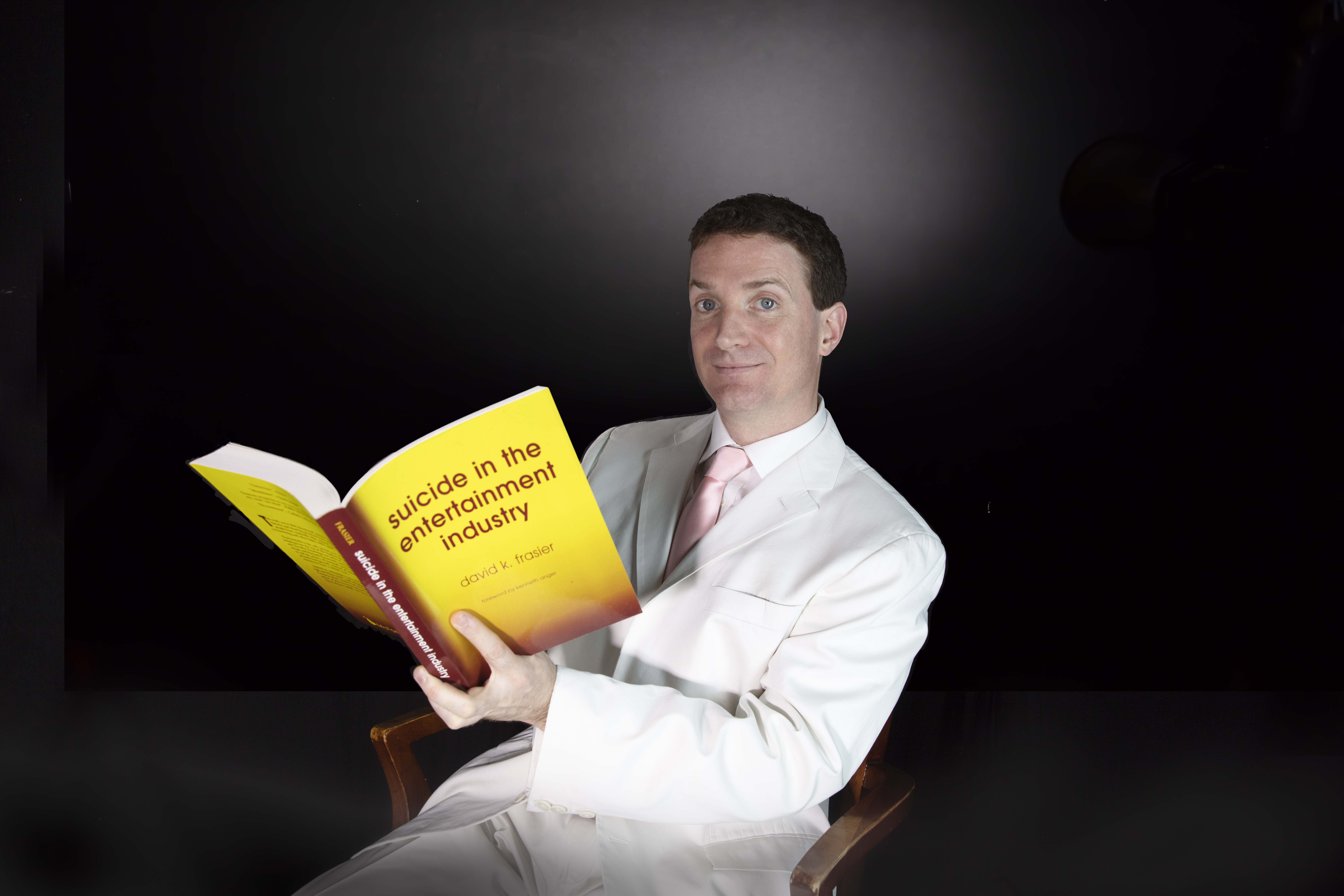 Bestselling author Grady Hendrix (Paperbacks from Hell, My Best Friend's Exorcism) welcomes you to a very special support group, so have a seat, coffee’s in the back, and remember there's no cross-talk. Then prepare yourself for a guided tour of the history of murder books, because ever since the invention of the printing press, we've been using it to tell stories about killing each other, from bizarro 19th-century Jack the Ripper fan fiction, through Psycho, the industry-changing success of SILENCE OF THE LAMBS, all the way up to today. Along the way you'll encounter astrological assassins, the female authors who wrote serial-killer books first, and primal hamster trauma as together we try to figure out what it means that so much of publishing is about selling murder for fun. 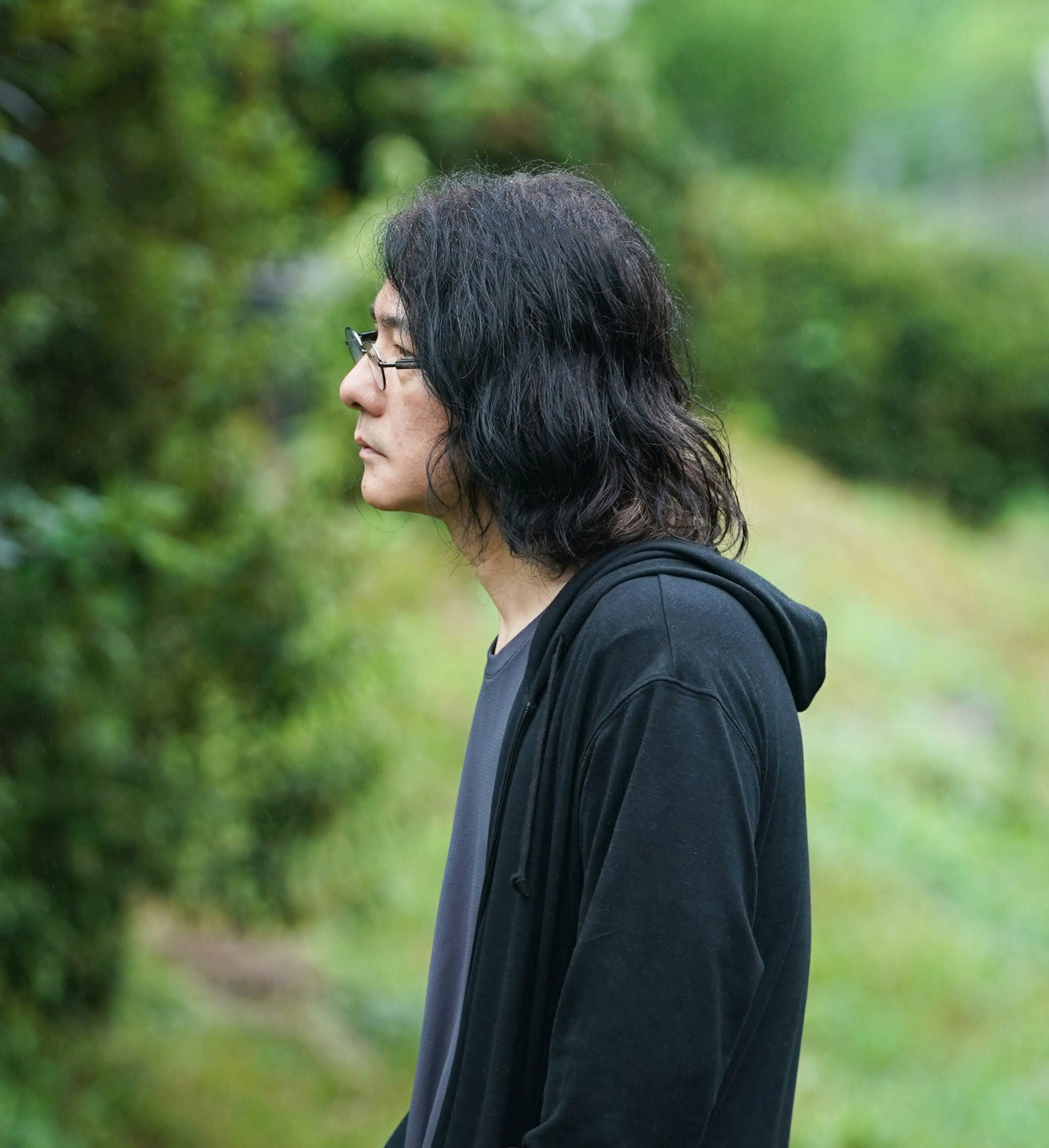 For its 25th anniversary, Fantasia is proud to honour writer, director and video artist Shunji Iwai. His latest film, THE 12 DAY TALE OF THE MONSTER THAT DIED IN 8 – designed as a relief film for the Japanese film industry during the COVID-19 pandemic – perfectly captures the all-too-online moment in which we find ourselves. This is, however, only the latest example of Iwai’s preternatural talent for capturing and sublimating specific periods in life and culture: the unspoken feelings that accompany pivotal moments such as the end of elementary school (FIREWORKS, SHOULD WE SEE IT FROM THE OR THE BOTTOM?), moves to university (APRIL STORY), the uncertainty of marriage and adult life (A BRIDE FOR RIP VAN WINKLE), but also turn-of-the-millennium teen angst (ALL ABOUT LILY CHOU-CHOU), and what it means to live in increasingly interconnected times, via message boards, dating apps, or simple letters sent from lover to lover, across eons of feeling and time (LOVE LETTER, LAST LETTER). A chronicler of our changing hearts and changing times, Iwai’s filmography stands as one of Japanese cinema’s most unique and influential contributions. 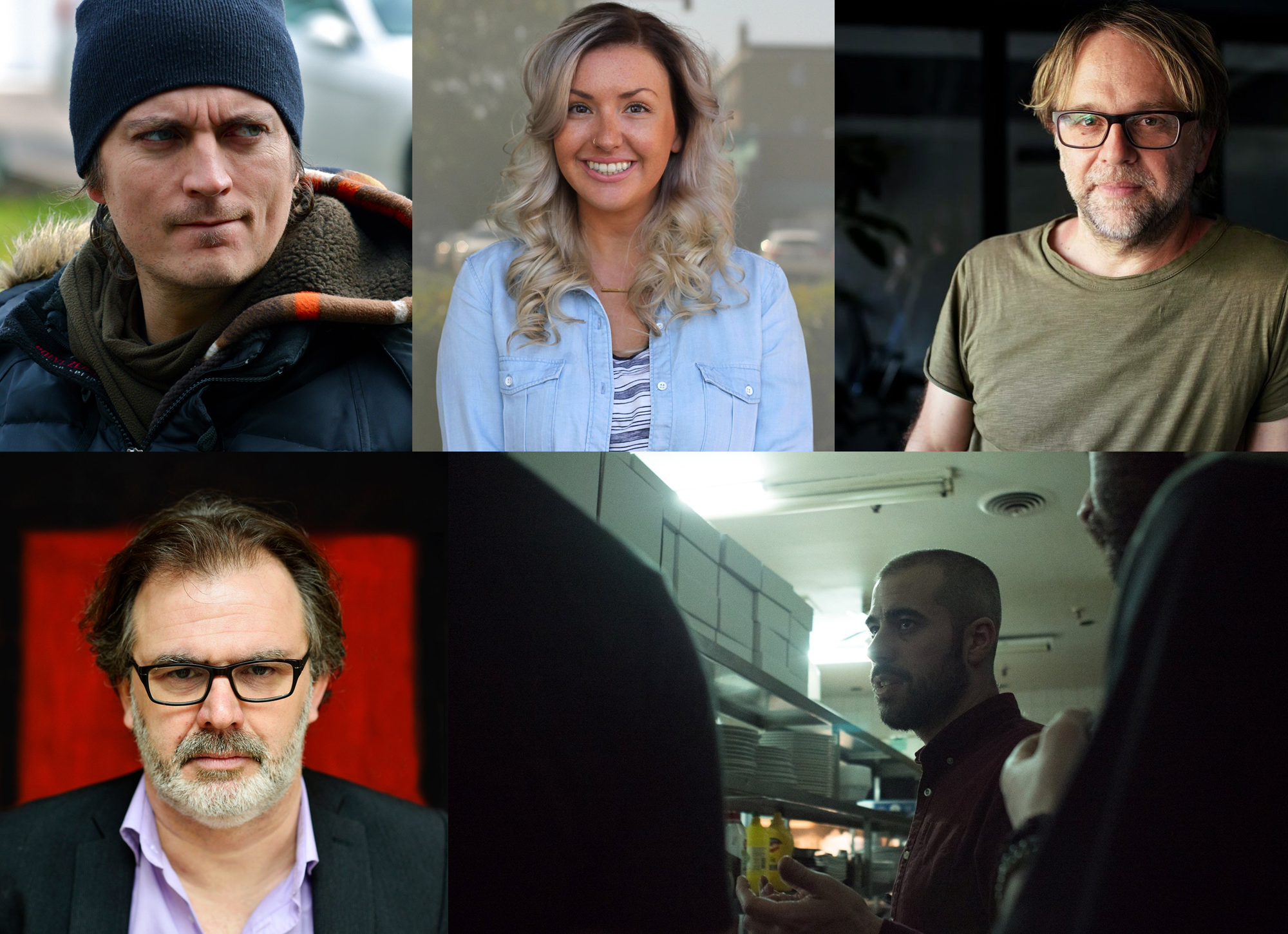 With the advent of genre series exploding all over Netflix, Amazon Prime and the streaming platforms of this world, fans have access to a formidable choice of high-calibre international series. But what about in Quebec? If recent series such as C'EST COMME ÇA QUE T'AIME, PATRICK SENÉCAL PRÉSENTE, FAITS DIVERS, JE VOUDRAIS QU'ON M'EFFACE or LA DUMP are any indication, the viewer is currently well served. We will present a panel with five Quebec filmmakers involved in the production of some of the best genre television series of the moment, and discuss the challenges and opportunities of this rapidly evolving and growing media. What are the short-term issues and long-term potential of this medium? What place do we give to Quebec's diverse and under-represented communities on screen in Quebec? This panel will be moderated in French. 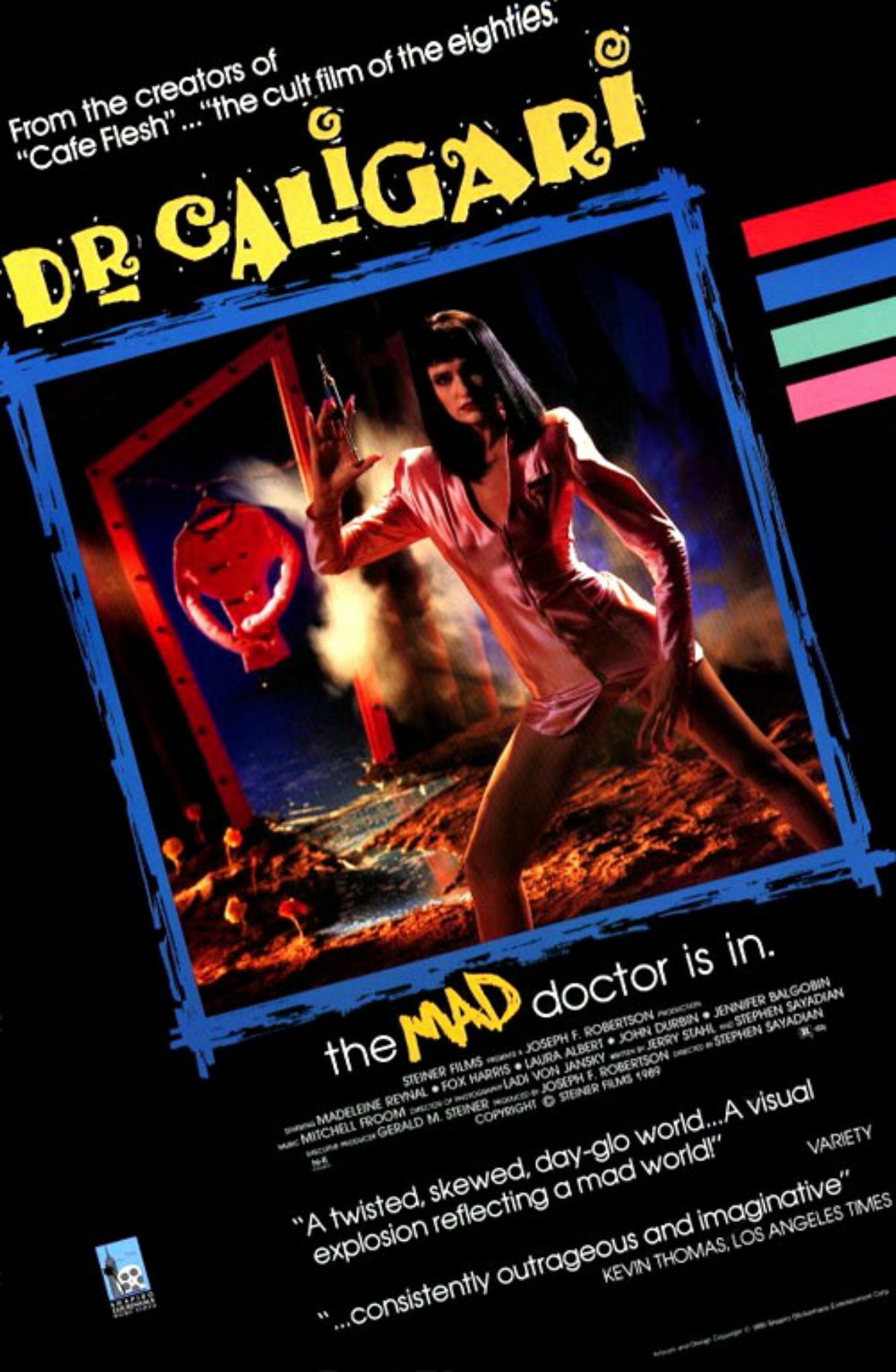 A Masterclass with the Legendary Stephen Sayadian

In honour of the restoration of his seminal underground classic DR. CALIGARI, Stephen Sayadian will sit down and discuss his career; past, present and future. The multi-talented artist got his start as the creative director for Larry Flynt Publications, designed some of the most iconic film posters of the 1980s (including DRESSED TO KILL, THE FUNHOUSE and THE FOG), and directed some of the most eye-popping and transgressive films of the era. Working under the pseudonym Rinse Dream, Sayadian’s films, including CAFÉ FLESH and NIGHTDREAMS II and III, blurred the line between smut and art; working in both hard and softcore porn, his surreal films were consistently marked by a dark sense of humour, incredible production design and hallucinatory imagery. For the first time at Fantasia, Sayadian will regale our audiences with the stories and legends from his incredible career and tease what might come next. 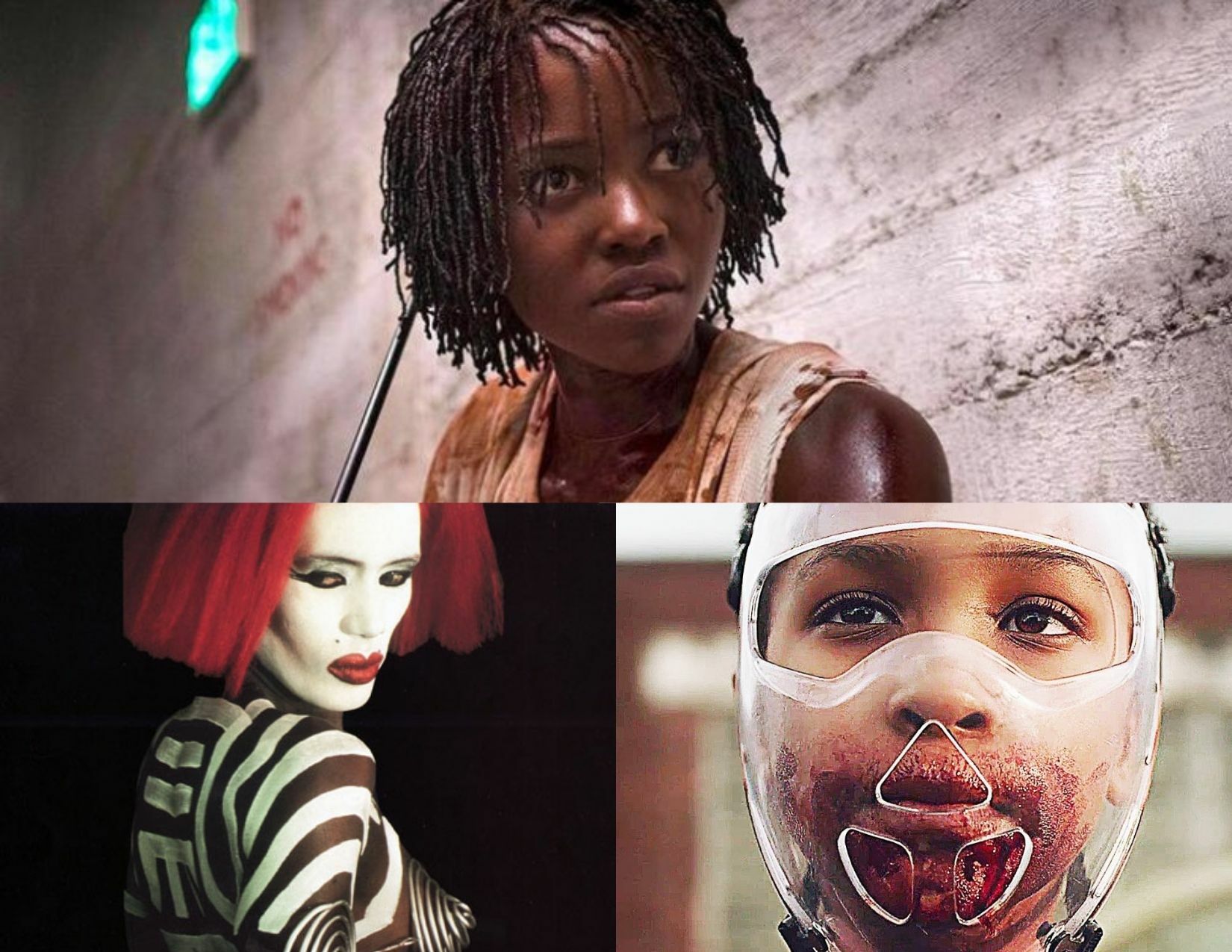 A Different Monster: Black Women and the Monstrous

From Sarah Baartman to Grace Jones, Black women are often thought of as exotic creatures and grossly misunderstood, or, like Frankenstein’s monster, they have been put in a category where they are feared and disliked, with observers quick to vilify or dismiss. Yet, in horror, characters who are supernatural beings or “monsters” are actually an embodiment of Black women’s strength and perseverance. We’ll look at some of the most interesting characters, whether vampires, witches or supernatural beings, and see how even in their otherness and within problematic representation, they have power, agency and represent the vulnerability and strength Black women have possessed through the ages. 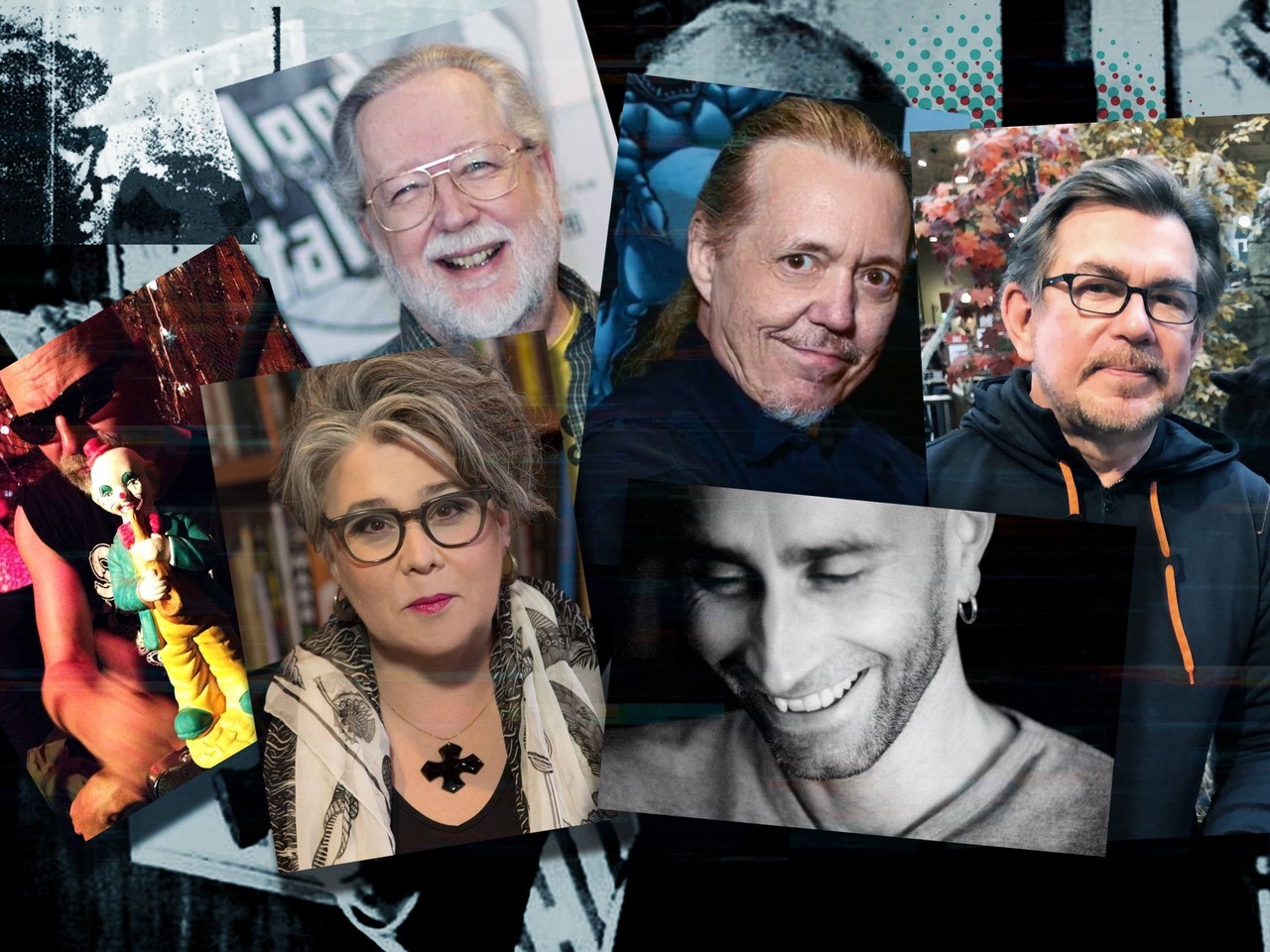 The Transgressive Urge: Horror and the Taboo in the 21st Century

One of the functions of horror film and fiction has been the unflinching exploration of the forbidden, the underground, the taboo. In the 1980s and 1990s, horror experienced a surge of wild energy, and a backlash against it. The MPAA, television Standards & Practices departments, elements of the publishing industry, the Parental Advisory label, political pressure groups, and law enforcement – as well as the infamous "Satanic panic" – served as forces of repression against this provocative material. The era was also the beginning of conservative social engineering, splintered politics, and, in a word, Reagan. The very systems that would try to eradicate these rebellious voices also germinated the seed of a style in horror that mercilessly infected our culture through all manner of creation.

While certain restrictions have loosened, and more permissive venues for content have emerged in the years since, practitioners of the genre now face other pressures and penalties, potentially higher than before. In a society with ready access to pornography for every fetish, eyewitness cameras, and actual snuff footage, how has the cultural sense of the taboo, and the role of horror in breaching taboos, changed? Join us for a discussion about the evolution of this explicit mode of expression as art, exploitation, and rebellion. 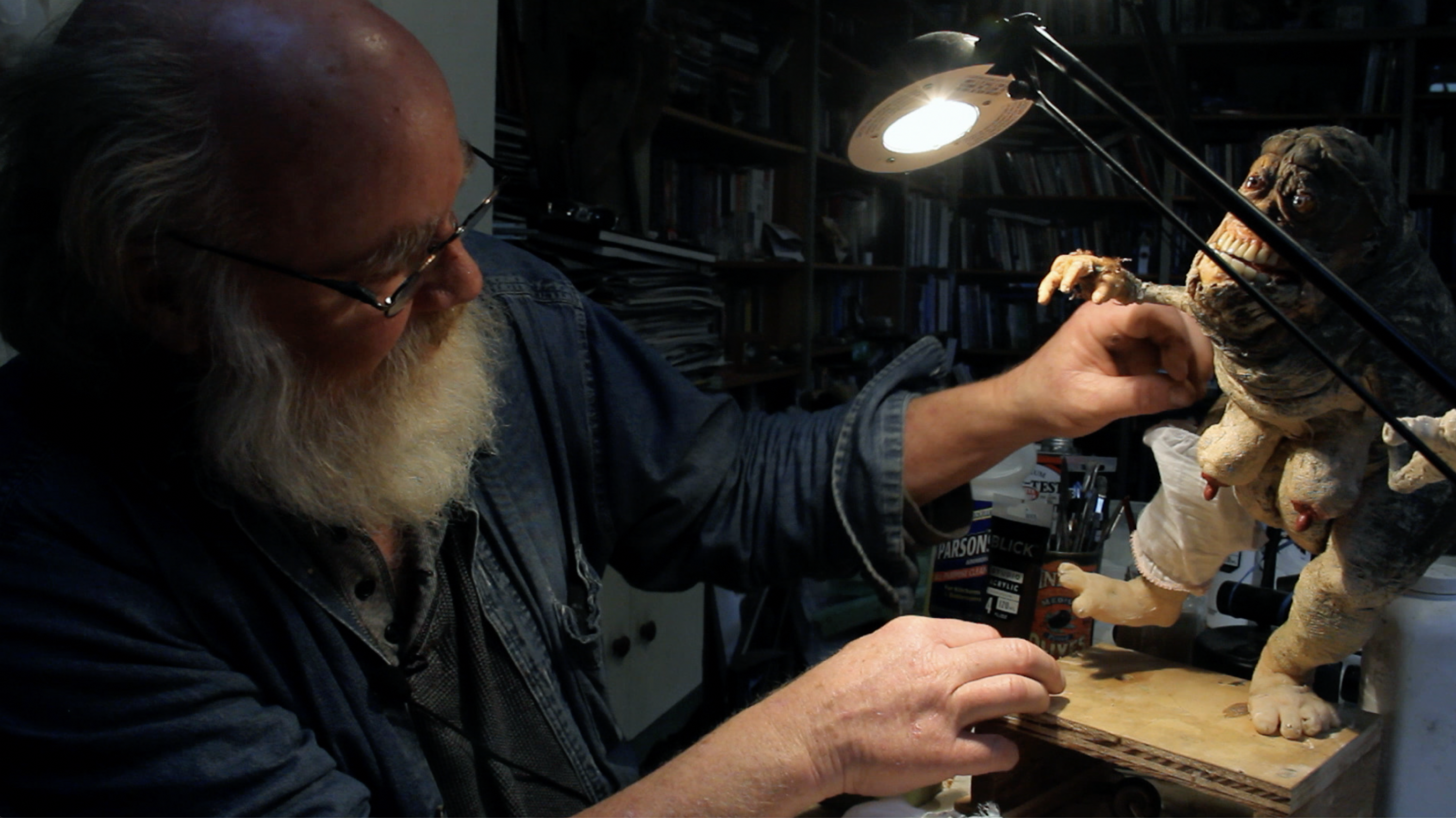 From the original STAR WARS trilogy to the millennial TWILIGHT SAGA series, by way of ROBOCOP, JURASSIC PARK and STARSHIP TROOPERS, Tippett’s inventive, innovative, unforgettably iconic stop-motion creations have over the decades become universally familiar elements of our collective imagination. Fantasia is proud not only to present the North American premiere of Tippett’s long-awaited personal masterpiece MAD GOD this year, but to honour director and visual effects sorcerer Phil Tippett with a Lifetime Achievement Award, for his original vision and contributions to the advancement of the craft, and to present a masterclass with Tippett, exploring the deeper roots of his art. 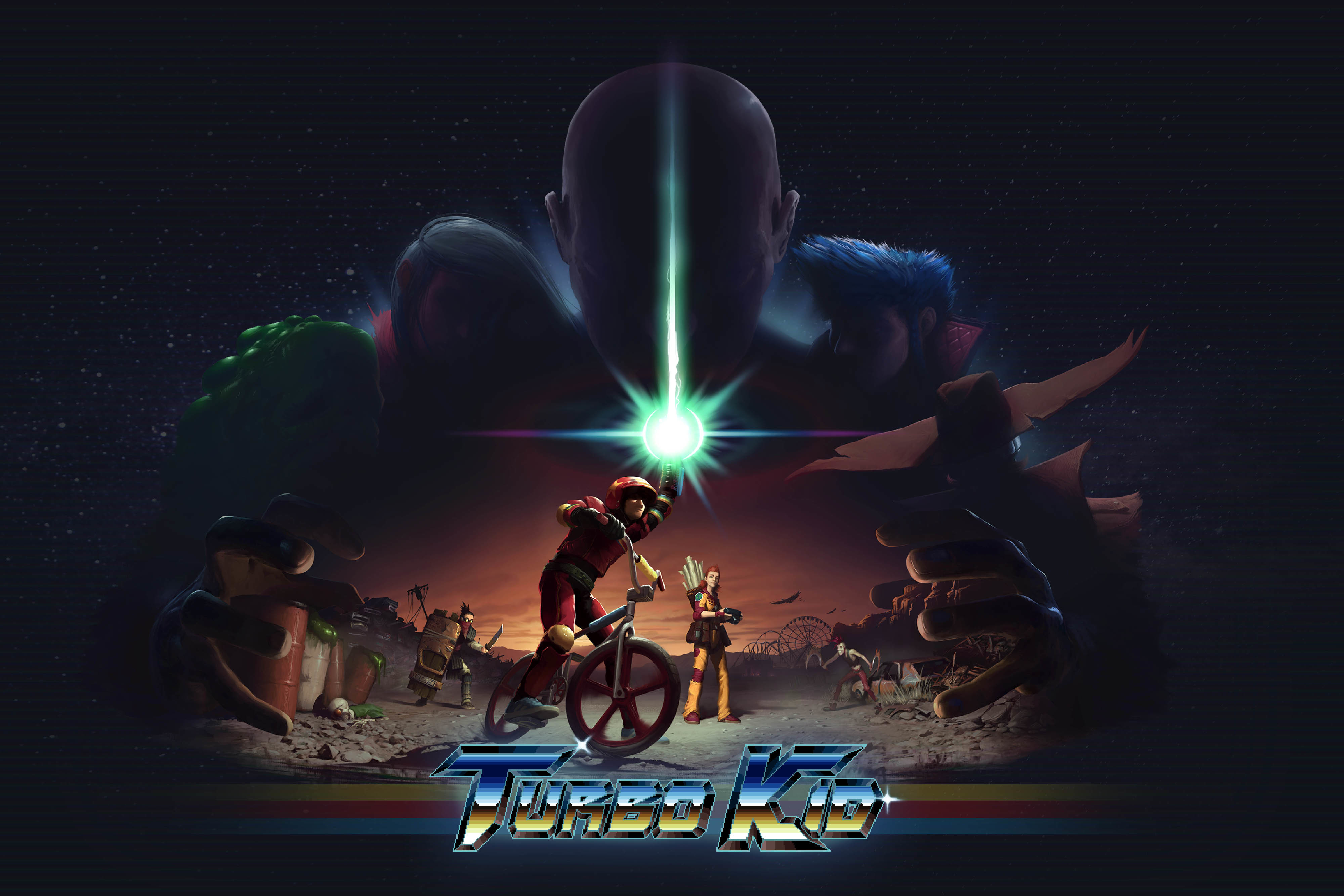 Born at Frontières, Fantasia’s international co-production market, the worldwide cult sensation that is TURBO KID launched at Sundance and immediately put its gifted trio of Québécois filmmakers, RKSS (François Simard, Anouk Whissel, Yoann-Karl Whissel) on radars across the universe. A video game was the logical follow up! Like the film, it will be an homage to the post-apocalyptic works of the ‘80s with cartoonish gore and a heartfelt story. It will channel vintage games of the ‘80s through its pixel-art style and classic metroidvania elements while offering over the top gore, an emotional story and modern gaming mechanics. Outerminds have worked closely with RKSS and EMA Films to devise a game that will honor the essence of the film. Synth-wave band Le Matos will compose a brand-new soundtrack for the game while VIBE Avenue will be providing the sound design.